JEFF PEARLMAN - Keyboards and Vocals
Jeff started playing keyboards as a result of his passion for the music of the Grateful Dead. "When I started seeing shows, I was captivated by the sound of the Hammond Organ. It sounded like it was ALIVE! I was determined to learn how to make that sound, and play that music." When Jeff started playing in 1991, at age 29, it was with an eye toward finding kinderd spirits and play the music of the Dead. From 1991-1998, that was the focus of my playing. Around '98 he got a hankering to culitvate more of his own voice in an original project. Fortunately, in going to school on the music of the Dead, JeffI learned to play in a variety of styles, and of course, to improvise. "It was important to me that improvisation as a collective be an essential part of whatever project I participated in." Jeff feels fortunate to be in a community of musicians that "are among the finest people I could imagine myself associated with, in addition to being very talented, fine players." Playing Hammond Organ is Jeff's greatest passion in music. "It feels as if the instrument is playing me!" Jeff also loves playing piano, electric piano, and clav (he has also plays some synthesiser when a gun is placed to his head :). 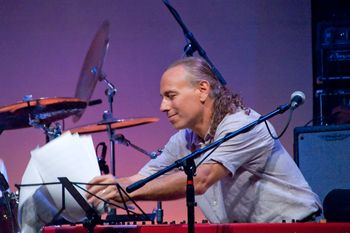 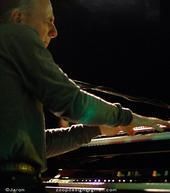 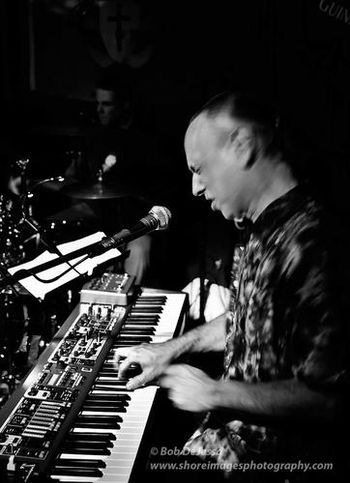 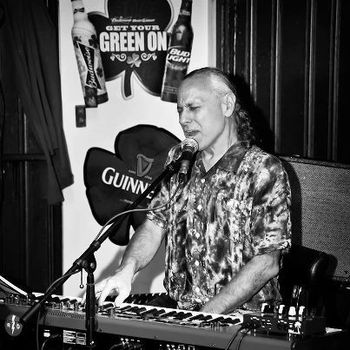 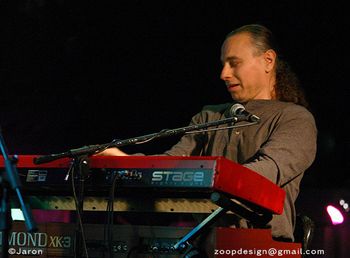 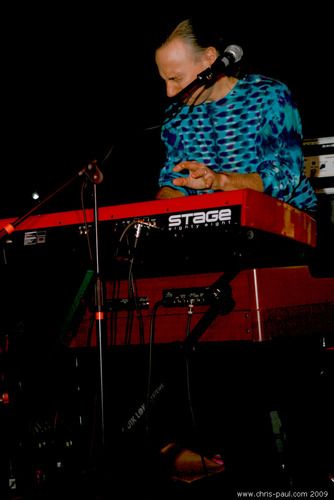